The Maltese Incident is a page turning tale of time travel, love, courage, and horror. Get the book now.
DOWNLOAD E-BOOK NOW 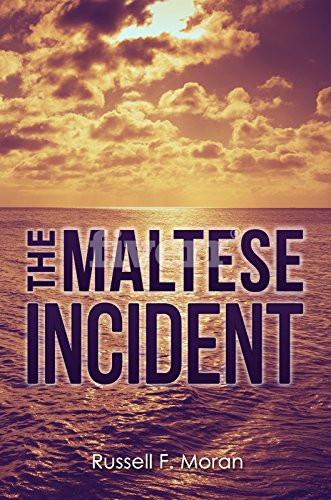 The Maltese Incident A Novel of Time TravelYou’re on a beautiful cruise ship.The April sky is full of stars.Suddenly, the ship rumbles, and instantly the stars disappear.“What the hell was that?” Captain Fenton yelled.“Beats me, captain. I’ve never seen anything like it,” the first officer said.They would soon discover that the ship, The Maltese, had just traveled through time—millions of years to the past.The captain, Harry Fenton, a highly decorated naval war hero, realizes the greatest battle of his life lay ahead of him.Captain Harry, a widow, falls in love with a beautiful passenger, Meg Johnson, an executive with the company that owns the ship.After a whirlwind romance, they marry—in the ship’s ballroom.Captain Harry convinces the passengers and crew that they must move ashore to a tropical island because the ship is running out of fuel and supplies.

Captain Harry organizes a group to go ashore and inspect the island. An ancient forest inhabited by dinosaurs awaits them.Meg wants to go with them. Harry, fearing for her safety, tries to convince her to stay on the ship. Meg demonstrates that she is proficient with a gun by taking apart a rifle and reassembling it—in 15 seconds. Harry marvels that he’s never seen such an expert gun handler— or accurate shooter. So, AR-15 in hand, Meg joins the inspection party. Charging dinosaurs are no match for Meg Fenton’s firepower.Will the 1,000 souls ever make it back to the time they came from, or will they remain stranded in the distant past?A scientist aboard theorizes that, to return to their present time, they need to go back to the time portal, or wormhole, that brought them to the past. But the ship doesn’t have enough fuel for the journey.Realizing that their lives have hit the reset button, the crew and passengers construct a community in the forest—Malta Town. Under Harry and Meg’s leadership, they create a court system, a legislature, and all the elements of a small budding democracy.

Meg figures out a way to harness hydroelectric power from a nearby waterfall. Everybody thinks of Harry and Meg as the heart and soul of Malta Town. They begin their new lives—among the dinosaurs.The Maltese Incident is a page turning tale of time travel, love, courage, and horror. Get the book now.

Book Reviews
I recommend reading this from title to end. It's well written, and filled with intensity and levity. The characters have a real depth to them, and it makes sense for it to be in first Person POV. And to sum up this story with a quote from the book "Things happen fast when you’re lost at sea." I enjoyed it very much.
Amy's Bookshelf - Amazon Review

Are you ready to read it now?

The Maltese Incident is a page turning tale of time travel, love, courage, and horror. Get the book now.
DOWNLOAD E-BOOK NOW